Home Featured Angels among us 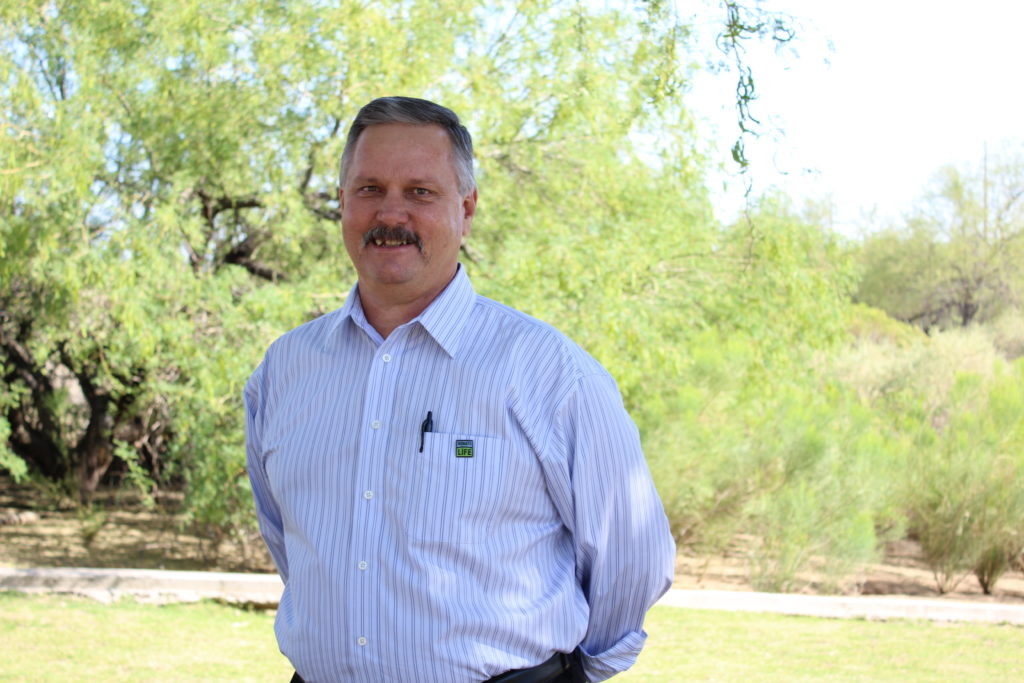 This Father’s Day, we are celebrating the miraculous story of Gene McDaniel, liver recipient and father of three.

As a fire captain and paramedic for 23 years, Gene knows all about life and death situations, but nothing could have prepared him for his own.

Gene looked in the mirror one day and saw an unfamiliar reflection staring back at him.

“I was as yellow as a banana,” Gene remembers as he recalls the moment he realized he was seriously ill.

Gene was rushed to a hospital in Phoenix and learned that he was in severe, immediate liver failure. In order to survive, he needed a new liver.

The McDaniels began to make arrangements for the end of Gene’s life. Although he was on the waiting list for a new liver, he was getting sicker and sicker.

A generous donor gave Gene the gift of life in April 2017. Now he feels wonderful thanks to his lifesaving transplant.

“I’ve always had a grand appreciation for the gift of life,” McDaniel says. “It’s precious.”

Because of a stranger’s selfless decision, Gene gets a chance to spend more time with his wife and three kids. He knows they have been through a lot with his illness, and he is excited to continue making memories with them.

A registered organ donor since he was 18 years old, McDaniel has always known that organ donation is important, but now it holds a whole new meaning to him and his family. He encourages people to sign up and says that everyone should talk to their family members about this important decision.

Dads and donors are truly the angels among us. Happy Father’s Day!