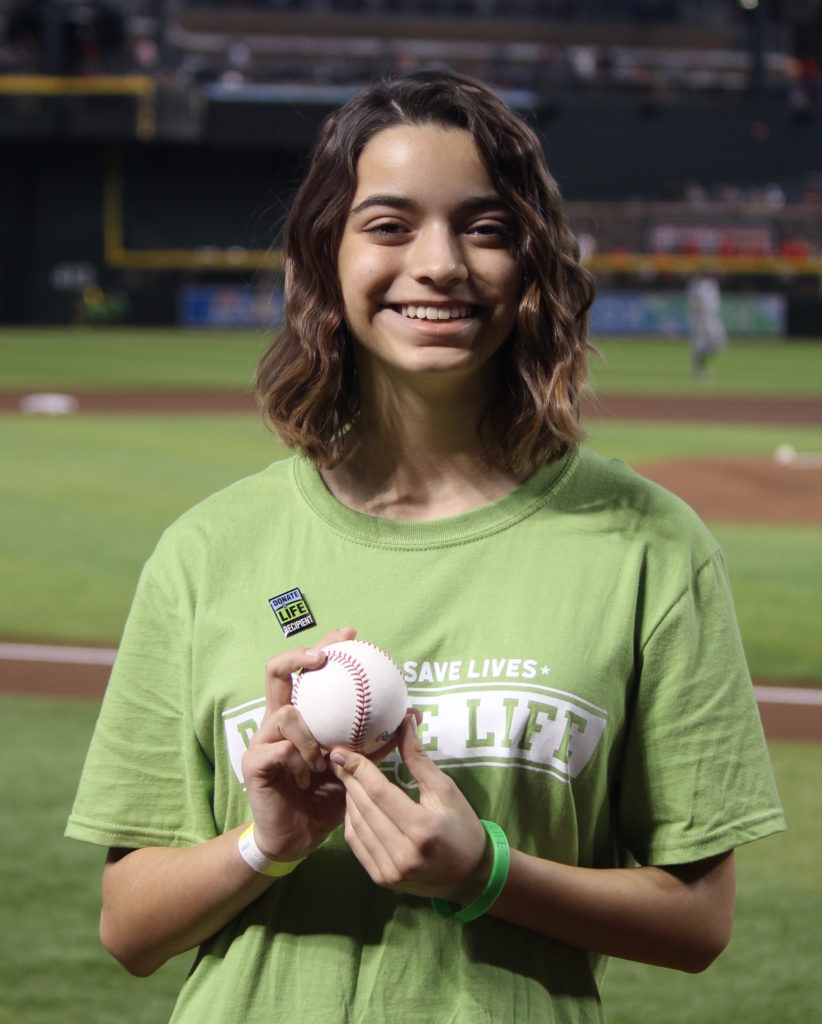 “My heart was racing!” Heather Jauregui said shortly after throwing the first pitch at a Diamondbacks game April 14, 2019. But she’s grateful her heart can beat properly. 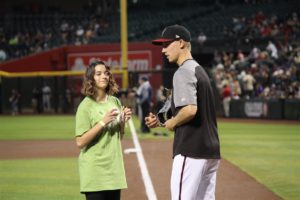 Heart valve recipient Heather Juaregui gets ready to throw the first pitch at the 13th annual Donate Life Day at the D-backs.

Heather was born with a congenital heart defect, known as absent pulmonary valve syndrome (APVS). Someone with APVS has an underdeveloped or missing pulmonary valve, which is supposed to supply blood to the lungs for oxygen.

Because Heather’s heart had to work much harder than a healthy heart, doctors at Phoenix Children’s Hospital performed open heart surgery on her to replace the valve when she as only four months old. She underwent another surgery nine years later to receive a new heart valve when the initial replacement started to leak.

Today, Heather is a healthy 12-year-old girl with a renewed zest for life and a continual sense of gratitude for the gift of donated tissue that saved her life. 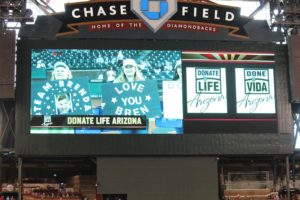 Family and friends of donor Brenda Alvarez are recognized on the D-backs field on behalf of Brenda’s generous gift of life.

“I know I am very lucky because sometimes babies with heart defects do not survive other complications,” she says. “I’m very thankful to the organ donor who gave me my heart valve and to their family who must have been so sad but still so giving.”

Hitting it Out of the Park

The Arizona Diamondbacks honored Heather’s donation journey by inviting her to throw the first pitch at the 13th annual Donate Life Day at the D-backs event. It’s safe to say that this event is always a big hit!

Over 1,300 fans of donation attended a D-backs game against the San Diego Padres to show their support for organ, tissue and cornea donation. The D-backs invited families touched by donation onto the field to recognize their loved ones’ gift of life and their own journeys with transplantation. 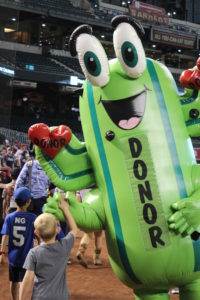 Reggie Donor giving kids high-fives as they ran the bases after the game.

Donate Life Arizona holds this event every year to both honor those who have given and receive life through donation, and also to encourage the numerous Arizona sports fans to say “yes” to donation. Fans stopped by the registration table at the ballpark to learn more about the lifesaving and healing benefits of donation and registered to be a hero.

Reggie the Donor Cactus was also spotted around the stadium helping people register to be organ donors. He even high-fived the kids who ran the bases after the game!

Look out for next year’s invitation so you can join us as we hit it out of the park for donation once again!