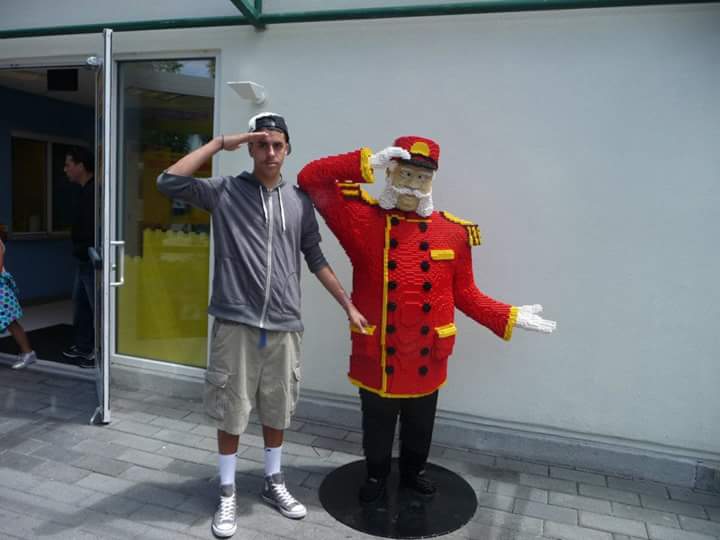 One Step at a Time | The grief of a donor mother

Imagine walking across the entire country with only a backpack to carry anything you may need—including food, water and some type of shelter, such as a tent or sleeping bag. As little as she may have, the only thing truly missing for Divina Moreira Cruz will be her late son. This journey is one she plans to take later this year to honor her oldest child who became a lifesaving organ donor. He went through his own difficult journey that resulted in him saving the lives of four people.

Pedro Augusto Moreira Cruz smiled enough to make his cheeks hurt daily. His mother, who brought him to the United States from Brazil when he was only 7 years old, says he had a heart too big for his own good—always caring for others at his own expense. That regard for his fellow human showed itself, as it often did in his life, one day when he got his driver’s license at a Tucson area Arizona Department of Transportation Motor Vehicle Division (ADOT MVD) office.

Before making his final decision, he asked his mother what checking the box meant. With less than 10 second’s worth of explanation, he checked yes.

“Of course he said yes!” Divina says, with pride flashing across her face with a smile. “He didn’t fully understand the process, but he knew what it meant to save other people.”

What mattered to him was helping. His mother remembers assuming his choice to sign up as a donor was something he wouldn’t have to worry about for “another 80 years.” But Pedro gave his gifts of life much sooner. A drug overdose of prescription medications ended his time on earth in November 2017, and it shoved the lives of those closest to him into a new direction with the harsh reality of a child taken too soon.

“I forgot he had already gotten the heart on his driver’s license,” says Divina, recalling her first thought when she learned Pedro would not recover after the lack of oxygen to his brain. “I told them to make sure he could help other people if anything happened to him.”

Patrick Mooney, a donor family advocate from Donor Network of Arizona, cared for Divina and her family throughout the donation process. He was impressed with her commitment to her son’s final wishes to share life.

“I’ve thought that if I ever found myself in a similar place as Divina, I would pray for the same kind of grace she demonstrated,” says Mooney. “I am grateful my position allows me to catch brief moments of life-altering grace.”

Divina’s grace was far from brief, though. Just more than a year after Pedro passed away, Divina visited Tucson Fire Department Station 13—the team who exhausted all lifesaving efforts while they rushed Pedro to the hospital in his final hours. Divina wanted them to know that, while Pedro is no longer here, she sees the silver lining. Other people can walk, breathe and live today because of Pedro’s decision and the care of this EMS team.

“I reminded [the paramedic] that the heart he fought so hard to keep alive is still beating in another person’s chest,” Divina wrote in a Facebook post about her visit. “Sadly, I was surprised to hear that they don’t have a lot of people in the community showing appreciation for the work they do.”

Pedro saved four people with his gifts of life, including both kidneys and his liver. His heart went to a 20-year-old woman who would not be here today without his decisive generosity.
“There’s a woman out there with a man’s heart,” his mother says, hoping to meet the woman who carries on a part of her son’s love. “She is now our extended family.”

So, one foot in front of the other, the countless steps Divina will take on her walk across the country to educate the public about organ and tissue donation may prove to be the most physically taxing challenge she’ll ever tackle—only trumped by the anguish of losing Pedro and the desire to meet the people he saved and healed.

With her eyes on the horizon, Divina’s walk will serve as a gesture of a mother’s love for her child as she moves on through the grief. Along with those basic necessities in that backpack, she carries Pedro’s legacy on her shoulders for life.