Considering the nature of its work, Donor Network of Arizona (DNA) connects with families in moments of tragedy and loss. There are no words possible to comfort the Tune family who grieve the loss of their son, but we wish them peace.

ABC15 Arizona aired a report Monday, June 10, 2019, in its evening newscast about a local donation case from 2016. The parents claim DNA recovered corneas from Christopher Tune, 31, without authorization. The family sued DNA and lost. Two judges dismissed all claims in the complaint in two rulings, saying DNA acted in good faith. Public record shows Tune was listed in the DonateLifeAZ Registry by ADOT MVD error, a detail described as an undisputed fact by a judge. The family has appealed.

DNA’s commitment to Arizonans is to be constantly vigilant about the integrity of our work in the field of donation. We work around the clock throughout the year with thousands of families at a difficult time in their lives to provide a tremendous gift to someone who is waiting for a new or renewed life. We take very seriously our responsibility to donors, their families and transplant recipients as well as our future ability to both save and improve lives. This responsibility continues to be the basis for our strategic direction, policies, protocols and practices.

Arizonans with questions regarding their registration status, or about donation in general, can contact DNA anytime at registry@dnaz.org.

Could my name be incorrectly listed in the DonateLifeAZ Registry?

Starting in 2008, a confirmation letter is sent to the address listed by the first-time registrant who completes the ADOT MVD application. The “DONOR ♥” printed on someone’s state ID or driver’s license also indicates that they checked yes and that their information has been added to the DonateLifeAZ Registry—an addition implemented in July 2014. Both changes are a signal for Arizonans to know they opted to be organ and tissue donors. They always have the opportunity to correct errors if necessary or remove themselves completely if they so choose.

How do I make sure I’m not registered?

If you received a confirmation letter, or if you have the “DONOR ♥” on your ID, you may be in the DonateLifeAZ Registry. For questions about your registry status in Arizona, or about organ and tissue donation in general, Arizonans may contact DNA anytime at registry@dnaz.org.

Why does the DonateLifeAZ Registry supersede a family’s objection?

An individual has the right to make end-of-life decisions for themselves, and organ, tissue and cornea donation is no different.

It is never DNA’s intent to add burden to families in a moment of loss. It is always our hope that donation can offer a meaningful way someone’s life will be remembered and honored.

If a potential donor is in the DonateLifeAZ Registry at their time of death, DNA staff will act in good faith to recover organs, tissue and corneas for transplantation. This individual was in the registry, found by the judge as an undisputed fact. The second judge to rule in DNA’s favor stated DNA “had every right to rely on the accuracy of the Registry.”

Why doesn’t DNA always check the MVD application prior to recovery?

Organ, cornea and tissue donation for transplantation comes with the challenge of time sensitivity. In accordance with American Association of Tissue Banks’ (AATB) national standards, donated tissue and corneas must be recovered within 24 hours to be viable for transplantation. That 24-hour timeframe includes speaking with the family, obtaining authorization if the donor was not previously registered, gathering information to determine transplant suitability, further testing and recovery.

DNA, and organ donation in general, is a 24-hour operation. For efficiency, DNA needs to confirm registry status at any time of the day or night using the DonateLifeAZ Registry.

In 2017, DNA revised its authorization protocol related to donors with registration dates between 2008 and 2014—a date range during which confirmation letters were sent but no “DONOR ♥” insignia was printed on Arizona credentials. If there is uncertainty about a donor’s registration status—even after checking the DonateLifeAZ Registry—DNA will request a copy of the person’s ADOT MVD application. Recovery would not proceed without the ADOT MVD application.

What procedures are in place to ensure a case like this won’t happen again?

Ensuring that there is accuracy and transparency in the donation process is vital to our ability to carry out DNA’s mission to save and heal lives. Since launching the DonateLifeAZ Registry in 2003, DNA has made improvements over time to ensure accuracy and clear communication in donor registration through ADOT MVD. See examples below:

DNA’s commitment to Arizonans is to be constantly vigilant about the integrity of our work in the field of donation. We work around the clock throughout the year with thousands of families at a difficult time in their lives to provide a tremendous gift to someone who is waiting for a new or renewed life. We take very seriously our responsibility to donors, their families and transplant recipients as well as our future ability to both save and improve lives.

Why is DNA protected under “good faith” immunity?

Good faith immunity is statutory protection common in the health care and emergency medical service industries. It is important for professionals in the field of donation, and in place in the model Uniform Anatomical Gift Act (UAGA) for states, because of the speed at which everyone must work to make organ and tissue donation for transplantation a reality.

“If parties were held to an overly strict adherence to this [act] when transplants must be made shortly after the decedent’s death, it might well have a chilling effect on the making of anatomical gifts for the purpose of transplantation or therapy. This [act] retains the meaning of the term of “good faith” in the 1968 Act in order to encourage and facilitate transplantation. On the other hand, if a person acts in subjective “bad faith” the common law provides remedies.”

DNA is a highly regulated organization subject to oversight and audits by multiple organizations and programs, including: 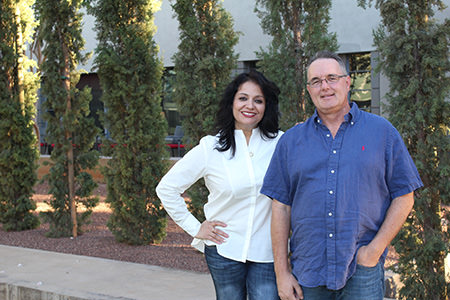