Arizona is a diverse state filled with a rich history and culture. Although each ethnic and cultural group has their own unique perspective on organ, tissue and eye donation, generosity and helping others in need are valued as important components of all communities. Donor Network of Arizona (DNA) works directly with minority groups in Arizona to share donation and transplantation information in a way that speaks to each community’s particular beliefs and values in a sensitive and relevant way.

Multicultural communities often wait longer on the national organ transplant waiting list for a lifesaving gift because there are not enough donors from within their own communities. Although donation and transplantation can take place between individuals from different racial or ethnic groups, transplants have a higher likelihood of success when organs are matched between members of the same racial or ethnic background.

Up-to-date numbers on Arizona’s waiting list can be found on the Health and Human Services Administration’s website.

Organ, tissue and eye donors are treated with the greatest care and respect by DNA and all medical staff. They are honored, thanked and celebrated for the generous decision to give the gift of life and healing.

Hispanics
Hispanics are three times more likely to die from end-stage renal disease than Caucasians, meaning they are more likely to require a kidney transplant to survive. This is often due to diseases such as diabetes.

Hispanics’ rich cultural heritage of community, family and generosity align with the selfless decision to share life with others through the gift of organ, tissue and eye donation.

Additionally, as a large share of the United States’ Catholic population, Hispanics can look to the words of Pope John Paul II who praised the lifesaving and life-healing choice to become a donor. “One way of nurturing a genuine culture of life is the donation of organs, performed in an ethically acceptable manner, with a view to offering a chance of health and even of life itself to the sick who sometimes have no other hope.”

However, there is a national gap between Native Americans waiting for a lifesaving organ transplant and those who become organ donors.

The generous decision to share life as an organ, tissue and eye donor is the decision to help, heal and care for others who are ill and in need. 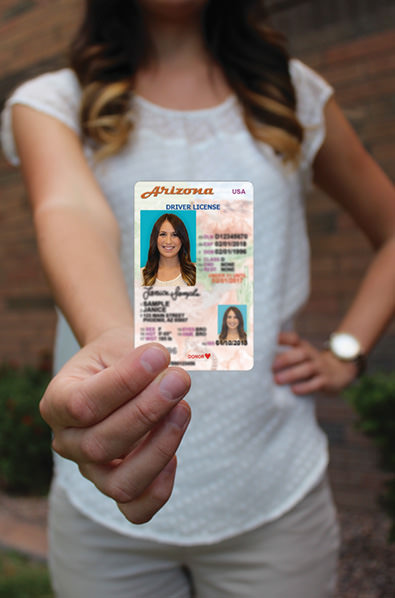 Be sure to get the Donor ❤ printed on your driver license or state ID! Visit your local ADOT MVD office and check the box to register as an organ, eye and tissue donor, or visit azmvdnow.gov.